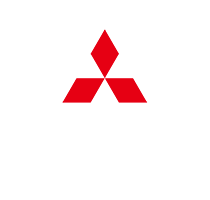 About Pantili Mitsubishi
Visit Us

Located in southern West Virginia, Princeton is a small city that’s part of the Bluefield area. Princeton has a storied history and a welcoming community, making it a great place to live or visit. Plus, with plenty of things to do in and around town, Princeton has something interesting for everyone.

Local landmarks include former residences, such as the James Hale House and the Robert McNutt House, as well as city buildings like the Mercer County Courthouse. Each of these is listed on the National Register of Historic Places. There are also two historic districts: Mercer Street and the Virginian Railway Yard.

Princeton, WV is great for those who love the outdoors. You can visit Glenwood Recreational Park for some truly scenic views, as well as hiking and disc golf. At Glenwood, you’ll find a 55-acre lake, tennis courts, golf, and picnic areas. Other scenic areas include Glady Fork, which is a 31-mile river that runs through the Allegheny Mountains and goes by Princeton. Great for fly fishing, Glady Fork also has cabins along its banks.

There are also several activities, events, and locations to visit in the area. For example, there’s the Chuck Mathena Center, which is home to concerts and shows, as well as the West Virginia Tourist Information Center. You can also visit the Those Who Served War Museum or the Princeton Railroad Museum, as well as Lake Shawnee Amusement Park. These are just some of the many fun things to do near Princeton.

When you’re in the area, visit Pantili Mitsubishi. We have the best selection of new and used Mitsubishi models in Princeton.